J.D. grew up outside Philadelphia in Reading, Pennsylvania.  Before turning full-time to golf, he played Division I baseball at Penn State University, winning an All-Conference award his sophomore year.  J.D. then transferred to West Chester University outside Philadelphia where he graduated in 1994 with a B.S. in Education.

J.D.’s professional career began that same year when he started competing in the Philadelphia Section of the PGA while working as an Assistant Professional at the esteemed Lehigh Country Club in Allentown, PA.  He worked his way through the PGA of America’s Professional Golf Management program and was elected to membership as a Class-A professional.

Upon moving to Southwest Florida in 2000, J.D. has been fortunate enough to have been involved in the opening of several Clubs in the Naples area.  The Club at Mediterra, TPC Treviso Bay and Esplanade GCC of Naples are three local Clubs he is proud to have been associated with.  J.D. has also been nominated by his peers for several awards during his career in the golf industry; including Golf Professional of the Year and Merchandiser of the Year (three times).
​
Customer service has always been of the utmost importance to J.D.  His goal is to provide an exceptional Member experience filled with pride and camaraderie to all who call Pasadena Yacht & Country Club home.

J.D. and his wife, Amy have been married since 1999 and have 2 daughters, Sydney (13) and Kendall (11).  The Murray family is extremely excited for this new chapter in their lives and J.D. is thrilled to be your Head Golf Professional. 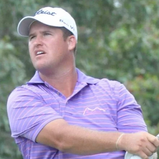 ​
​Fielding Brewbaker was born and raised in Salem, VA.  He and his wife moved to Largo in September of 2014 and fell in love with the area.  He played college golf at James Madison University and graduated in 2009 with a Sports Management degree and a minor in Business.  Fielding turned professional after the US Amateur in 2009 and played full time until November 2015 when he started working at The Concession Golf Club in Bradenton, FL.

He has played events on the PGA Tour and was on the Web.com Tour.  He travelled extensively and competed on various mini tours throughout the East Coast and Africa.  He said "I am very excited and thankful about the opportunity to be here at Pasadena Yacht & Country Club where I can continue my PGA program work and help some great people with their games as well!"

My plan for every student is to work with them to figure out what their goals are and then maximize their potential of reaching those goals.  Every swing has an individual 'signature', my goal is to make each student better at using it.​​

Ben was born and raised in the beautiful St. Petersburg/Clearwater region, taking up golf at an early age and competing in events from the age of five years old. He became heavily involved in The First Tee of St. Petersburg where he developed into a top junior golfer, volunteer, and youth mentor. He was chosen to play in The First Tee Open at Pebble Beach in 2011 where he finished T-7th playing alongside Champions Tour professionals John Huston and Ben Crenshaw.

Ben attended Calvary Christian High School, where he qualified three separate years for the State Championship. He went on to attend Palm Beach Atlantic University in downtown West Palm Beach, FL where he graduated in 2017 with the sole recognition of Outstanding Graduate of Finance, having obtained a B.S. in Finance and a minor in Computer Science. He played in every event for four years, captaining the men’s golf team to status as a top 40 NCAA Division 2 program in the country, while being named an NCAA Scholar All-American Golfer his senior year.

To begin his professional career, Ben started at PGA National Resort & Spa, home of the PGA Tour’s “The Honda Classic.” He served as the Assistant Golf Professional and Golf Shop Supervisor, overseeing five PGA-recognized golf courses and over 150,000 rounds per year. Ben provided quality instruction to members and resort guests, while also running numerous major member tournaments. He continues to compete professionally on the local level, primarily in PGA Chapter and Section events.
​
The premium member experience is what Ben prides himself on being able to cultivate, and he looks forward to fostering a continued culture of excellence at Pasadena Yacht & Country Club.
​
Ben, his wife Whitney, and their baby son Tighe are eager to become a part of this flourishing community and Ben is delighted to be your First Assistant Golf Professional.​

​Born in the Ocean state of Rhode Island, Ginger moved to Florida in 2006.  She pursued her dream to join the LPGA and married the love of her life.
Ginger was offered a position on the golf team at Pasadena Yacht & Country Club in 2007 where she continues to share her education with Members and Students.
Gingers motto "Never stop chasing your dreams".